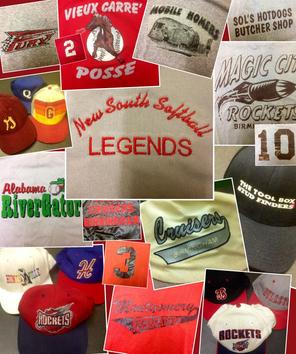 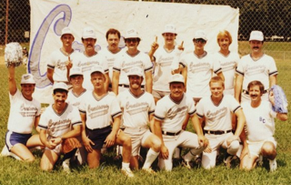 AWARDS FROM PAST TOURNAMENTS

UNIFORMS AND HATS  FROM THE PAST 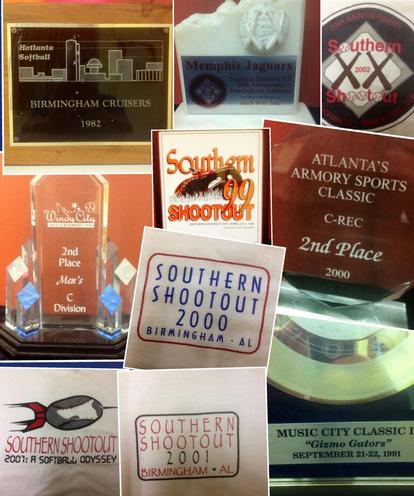 SIGNED SOFTBALLS FROM PAST LEAGUE PLAY

SHOOTOUT T-SHIRTS FROM YEARS PAST 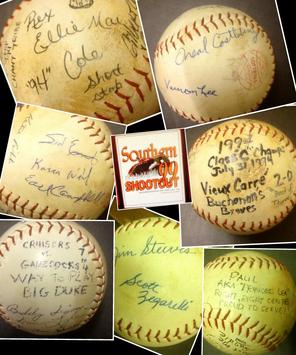 The New South Softball League was organized in 1982, providing a fun and positive environment of competition for players in central Alabama.  Our league here in Birmingham plays host to the longest consecutive running LGBT tournament in the United States.

In honor of some of our long term members, on August 2, 2013 the New South Softball League inducted four new members into our Hall of Fame, which we have named the NSSL Legends. The Hall Of Fame was first established in 1985 with some of the leagues first members and founders being inducted in that same year.  Shown below inducted in 1985 is Sid Ernest (one of the co-founders of the NSSL) and his team the Birmingham Cruisers (the first openly organized LGBT team in the NSSL).  For new members to be nominated for the Hall of Fame, you must have been a member of the league for 10 years or longer and played an important role in the leadership and growth of our league.

We are very proud of all our NSSL Legend inductees.  Below are the bios for each of them and the years that they were inducted.  They have all served our league well and have earned the right to be called legends of the NSSL. 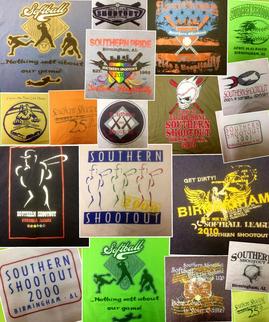